Gale's on disciplinarity (links to the papers) and Chris's on technology and networked learning. I will just say a tiny bit about the latter. If we want to say anything meaningful about technology and its relationship, not to say impact, on learning, what kind of a question is that? In days when very strong claims are being made about changes to people's brains etc., Chris Jones was arguing (link to the symposium papers), IMHO sensibly, that taking some kind of 'multiple realities' view, as Martin Oliver did, or even a clever critical realist perspective, as Walker and Creanor did, makes it pretty difficult to generalise. Indeed, taking an ontological route of enquiry isnt nice at all. I went off in that direction a while back and liken it to chasing a white rabbit into a black hole which I later discovered to be my own navel (I do have a picture but I'll spare you...) 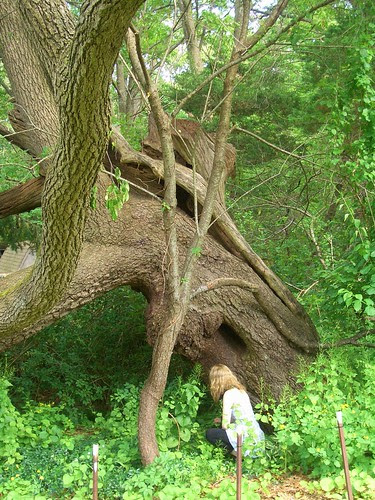 If, however, you embark on a 'ways of knowing' kind of inquiry, this is altogether more manageable and potentially productive. There has to be something 'everyday' about the terms we use and theory we generate (Wenger's point from the last post). Sadly, we may end up smelling of the 'snake oil' we would prefer to reprobate. Yes, I may even have to use words like e-learning occasionally.
OK then, you made me do it, I'll say something about disciplinarity in the field. Gale chaired this symposium. It started off predictably with the assertion that none of us would say we were native 'networked learning researchers', our backgrounds were in other disciplines.... er... all except me that is, as I mentally retraced my chequered academic history, before the PGCE that finally got me interested in learning, and then, a couple of years later with CSALT, where I grafted on to networked learning.
But the nature of the field IS interdisciplinary. That makes chasing down the literature very difficult and, as I'm finding with the worthy Mehlenbacher's book, no matter how hard you try, and he does try hard, you'll miss someone who said something 'off your radar'. The other thing it did is make me cynical: I'd marvel that new papers appear from disparate disciplines hailing the latest innovation that was more clearly explained in the 1980's. And that in spite of all the searching of databases and availability of the literature in such a young field. I've rolled up at previous conferences tutting as I wondered if anyone would bother to pick up the threads of networked learning from the past, or whether they'd even bother to cite a definition. This time I came a bit more relaxed because I felt that although a certain amount of fuzziness was likely, at least the conference was happening again, we were all back together again, and the networked learning community already has a golden seam of quality to tap into. It was delightful to become acquainted with Sheena Banks there. At one point we sidled up to Peter Goodyear and asked if he'd consider updating the Guidelines, to which he mumbled something about money... But that's ok, they're still one of the best things JISC sponsored. But the point of learning for me was that we can wallow and bemoan the messiness of the field or rejoice in the potential for boundary crossing and 'edge effects'.
Posted by Mike Johnson at 9:46 AM